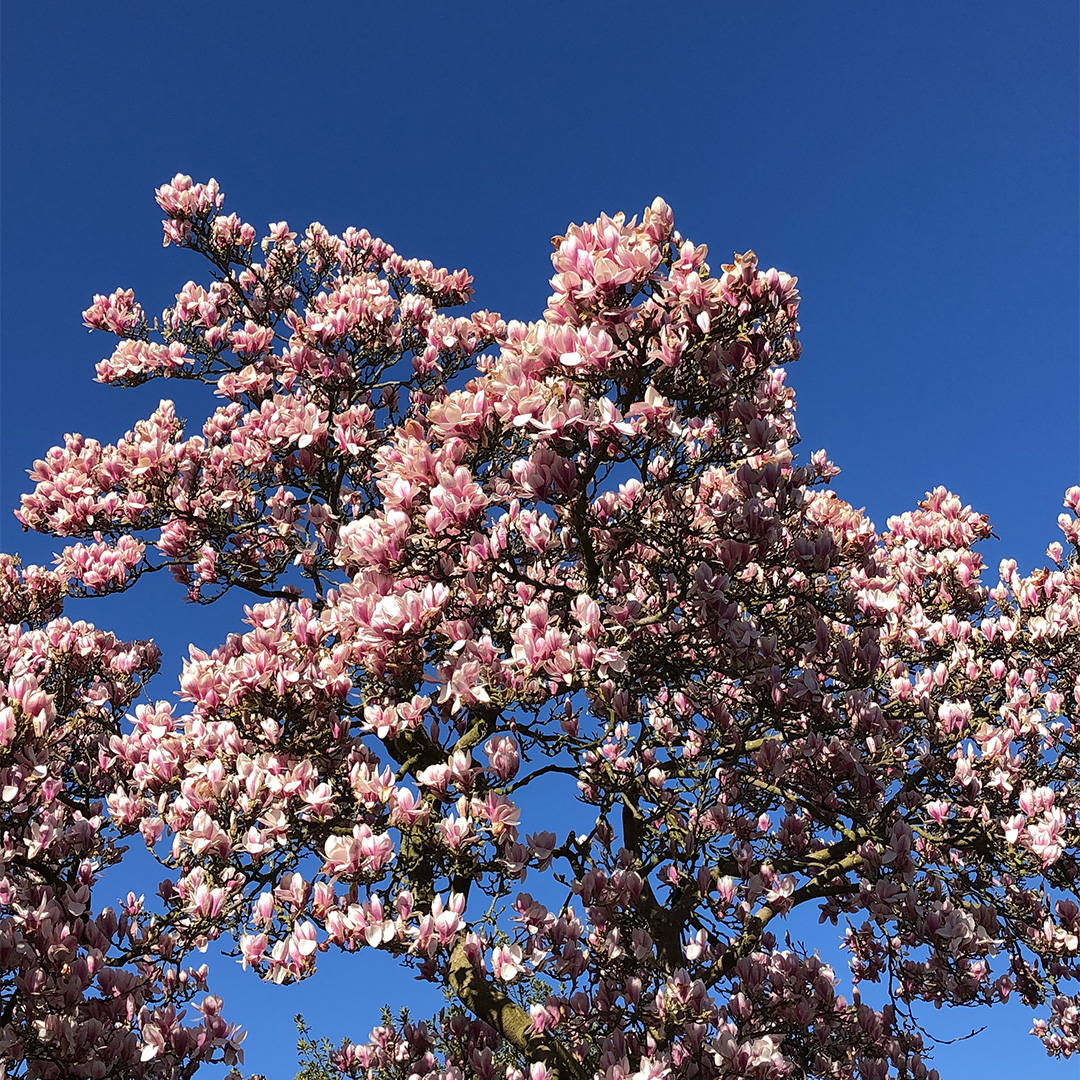 Flowers teach us all about life and death and dogged survival. They teach us patience and how to live in the moment. They inflame us with scent and with colour.

Consider the Lilies: Life Lessons from Flowers and Plants

Flowers preceded Man onto Planet Earth by millions of years. Proteas and magnolias were crushed under dinosaur feet and pollinated by the giant insects of the Cretaceous period. We may imagine that our distant hominid ancestors plucked flowers of the field to lick, smell and possibly pin to their fur with splinters of bone: Man’s first experiment with living perfume.

Flowers spoke to early Man infinitely more vividly than they do to most people today : despite our reputation as a nation of gardeners the average Briton is surprisingly ignorant of botany. Maybe this is one reason why the rose is so perennially popular: it’s our national flower- the bloom and the scent that everyone knows. Otherwise, many of us think of flowers mainly in terms of the coffee-shop garden centre; gaudy front door wreaths; and the dehydrated anonymous specimens embalmed in supermarket cellophane.

In the days when I sold perfume I was always intrigued when a customer asked for, say, “ pure jasmine. I adore jasmine...” - but then, when shown the precious  fluid, would cry accusingly: “but no! This is nothing like jasmine!  I don’t think I like this at all...”

People have these illusions about scent and smells which may have nothing to do with the reality. Attar of rose is another example: this requires dilution and adroit balancing before the average nose can perceive the familiar and acceptable fragrance of garden roses.

Flowers love to fool you. Flowers are sentient beings, packed with personality and power. They may be dumb but they are said to scream when they are picked.  Some bloom only for a day - an hour, even! - but they have a will and a mind of their own. To our forefathers every flower was a memory, a spell, a prayer, a metamorphosis, a remedy and a sermon: a meditation on colour, texture, fragrance and the perfection of creation. The perfume and colour of flowers added to their lore and magic: the hyacinths sprung from the blood of the eponymous athlete; the anemones from the remains of Adonis; the Virgin’s tears immortalised in lily of the valley; the yearning Clytie changed into a sunflower. The Keys of Heaven fell to Earth and became cowslips. I was pleased to remember this when, walking to get my second Covid jab - described by an emotional relative as the Key to Life - I chanced upon a roadside bank of these wonderful plants. I hoped the keys would not become confused .

Floral scent, both in the field and in perfume, is psychotropic, soporific, intoxicating, healing, aphrodisiac: and much more so before the acceleration of horticultural over breeding which produces exotic plants of little interest to the bees. I watched them last summer, studiously avoided my seven foot tower lilies whose flowers to me smelled like creamy vanilla sundaes but which meant nothing to the insects.

Flowers are uncanny: they know what we cannot. Some, like the scarlet pimpernel and dandelion are the “poor man’s weather glass” and “rustic oracle”.  Buttercups and daisies read the mind - “does he like butter? She loves me, she loves me not.” Barbara Cartland used to talk a lot of the scent of pink clove carnations which heralded the invisible presence of her late brother. A perfume of roses hangs around the saintly. My own mother used to say that cut flowers that had stood a death chamber would never wither.

Floral scents fought the miasmas that were for centuries thought to spread disease. Juices distilled from flowers alleviated pain; killed or cured. What smelled good was doing good. Hence the blissful smell of the prayers of the saints, billowing forth from golden bowls.

The contemplation of a garden in midwinter and then three months later makes belief in a bodily resurrection inevitable. “THE DOUBT: can these dry bones live?” From a black and sodden wilderness we leap forward within a few weeks into a madman’s paradise of rioting green, white and yellow as Persephone returns to the upper earth. “Man...cometh up and is cut down like a flower“... but the flower always returns - or sends another in its place. I had completely written off a lemon verbena this spring: a bundle of dry sticks in a pot, done for by the freezing winter. But then, just the other day, the tiniest green shoots began to spangle the skeletal twigs.

One of the many oddities of the pandemic was that it came last year with an early warm spring; ironically the most beautiful spring that many people remembered or will ever see again. In the countryside a return to animism seemed to happen spontaneously. It was very strange. Trees and bushes were hung in the night with ribbons, feathers, incantations, supplications, dream catchers and hearts: favours offered to the unseen on Trees of Wishes.

The new national badge was the rainbow: the mantle of the eponymous goddess, the symbol of Noah’s covenant with Jehovah and the afterlife of prairie flowers described by Hiawatha’s grandmother. Now it had the imprimatur of the NHS. I put up a child’s picture book of The Flood in my front window. “What has Noah got to do with rainbows?” I heard an old couple on the pavement muttering.

When we clapped and rattled on the doorstep every Thursday night, some of us thought of the way our ancestors clattered their kettles and cauldrons & fired off cannon to disperse the deadly plague miasma. And, to a degree, miasma theory revived as we read about droplets in the air and the deadly slipstream from bikers and joggers.

In the profusion of blossom, the intensity and brilliance of the green, the silence in country lanes we were again uncomfortably aware of the whispering and hatching of fairies, elves and a multitude of Little Folk who live in the hawthorn, blackthorn, elder and lilac and need to be assiduously avoided and placated. Bringing the foliage of these trees into the house is fatally unlucky : because you bring indoors with the flowers the fairies whose property you have damaged and pilfered. When I was a child all these flowers were banned from the house along with lilies and chrysanthemums. To add to the witchcraft, some of these spring flowers smell so singular to say the least. They smell of bodily fluids, of procreation and of decomposition. If you don’t believe me follow the olfactory cycle of hawthorn blossom for three weeks. “All human life is here”.

Perhaps this sort of thing adds to the theory that it was not really until the Age of Reason that flowers were brought into the home and imprisoned in vases for purely decorative reasons. It gave the newly leisured ladies of the house  something to do, and it implied that the old rogue magic had been mastered and that flowers might now be enjoyed purely aesthetically.

But one can never outguess a flower; flowers and gardens do as they please. We may temporarily impose order but we do not create life. Gardening is maddening, fascinating, baffling: in my own little plot I am continually challenged - why do all the aliums and fritillaries inevitably vanish? Why did the irises not flower last year? Why is the azalea suddenly so vigorous in 2021?

Flowers are lovely, ethereal, breathtaking - but obdurate and defiant. The talking flowers in Alice Through the Looking Glass with their spiky back-chat remind me of some of the more accusatory and startling phrases in the Victorian Language of Flowers. Flowers can be not only sweet but sharp and salty in their perfume and their meaning. We all know that a yellow tulip denotes hopeless love, its black stamens burned out with passion, but try these also :

The lore and lessons of flowers are infinite. Like perfume, they provide endless entertainment, fulfilment, pleasure and speculation. Flowers are relevant to any occasion and every aspect of life. More than anything I love their colours and their endless paradoxes. Let’s go back to that magnolia. The species has thrived for some 160 million years, surviving meteor collisions, ice ages and extinctions. And yet, an April frost in a suburban English garden still reduces white velvet magnolia blossoms to a tangle of brown withered rags: a Cinderella in reverse.

Twelve months to go till the next attempt. Patience: the greatest lesson!

1. Please provide a brief introduction to yourself.

I am James Craven aged 66 : recently quasi-retired from the perfumery retail sector but still very much a Perfume Archivist.

2. Can you describe your career in perfumery?

A fascinating 30+ years spent in the iconic London stores and at Les Senteurs, the UK’s first niche perfumery. Specialist in all aspects of perfume retail and PR including training, lecturing and writing. Winner of a Jasmine Award in 2017 and author of a six year blog for LS .

3. If you were a flower, which one would you be?

Gosh this is a hard one!! something pretty low maintenance but with strong colour and a sense of drama: a poppy?? I was ticked off by the parish sexton for smelling a bed of poppies early on a hot summer morning last year: “they’ll make you feel funny!” That wonderful, bitter intoxicating scent: akin I suppose to opium.

4. Do you hold any scent memories, or wish to share an anecdote related with flowers?

Discovering as a small child the scent of lily of the valley, wallflowers and sweet peas. (And with sweet peas, the colours, too!!)  As children we can get so much closer to many flowers: we’re eye to eye with the buttercups and daisies and the snow-in-summer, while the taller hollyhocks, delphiniums and sunflowers enfold us like a forest. The excitement of the going down the scarlet runner tunnel...! .

Being shown by my grandmother to tie up daffodils after flowering. I was about 3 and have never properly got the hang of the thing. Mrs Taylor was neat and expert at it: taught by her dad who grew prize auriculas.

Helping a bride who themed every aspect of her wedding with Blue Moon roses.

And another bride who foolishly put all her flowers (including the bouquet) into the deep freeze to “keep fresh” on the eve of the Great Day.

The Head Vendeuse in a very famous florists indeed who told me:
“I hate flowers, me!”

5. Do you have a favourite garden, place or country related with flowers?

The hot herbal scents of the Chelsea Physic Garden. June roses in old Southwold gardens, all sea salty, soapy and smelling of lemons. The streets in Damascus thick with fumes of petrol and jasmine. A peach orchard under the blue domes of Samarkand.

6. In your opinion how do flowers make the world a better place?

Flowers teach us all about life and death and dogged survival. They teach us patience and how to  live in the moment. They inflame us with scent and with colour.